The game away from the game

While most of the world watched Ecuador vs Switzerland and continued their imbibing of World Cup action, the fourth day of the tournament coincided with a relaxed afternoon in Brazil. Many shops and restaurants were closed as the country entered a dozy state of Sunday bliss before the weekly buzz began again on Monday.

Sao Paulo, where my friend Adam and I are for the next week whilst out in Brazil for the Cup, was no different. We resolved to find something to do and jumped on the Metro in search of something to relieve the sleepy atmosphere that had engulfed our hostel. The first few days of staying in Sao Paulo had been a whir of Metro lines and bus terminals, all efficient as a Swiss clock despite what the media would have you believe. We picked our stop - Jardin Ayrton Senna - purely for the promise of seeing a memorial to one of Brazil's favourite sons.

Upon arrival however, nothing indicated that we were in an area which contained such a treasure. Our surroundings were as quiet as the hostel we left, and much more rural and isolated. We followed the map and found the park. Still nothing.

A trip wasted. The R$3 Metro fare didn't bother us - an expense that cost less than £1 - but more the fact we had chased an idea only to find nothing at the end.

The feeling lasted until we heard shouts coming from the park. A football match was taking place. The pitch was a rich terracotta canvas of dirt, with four irregular quadrilaterals of grass in each corner. That raised a wry laugh: the Brazilians obviously don't like wing-play as much as the English. We stayed to watch for 20 minutes, surprised to find that the overall standard was akin to a decent standard Sunday league game. There were shanked passes, nervous clearances, and overly speculative long balls. The only difference was probably a marginally better first touch on their part. 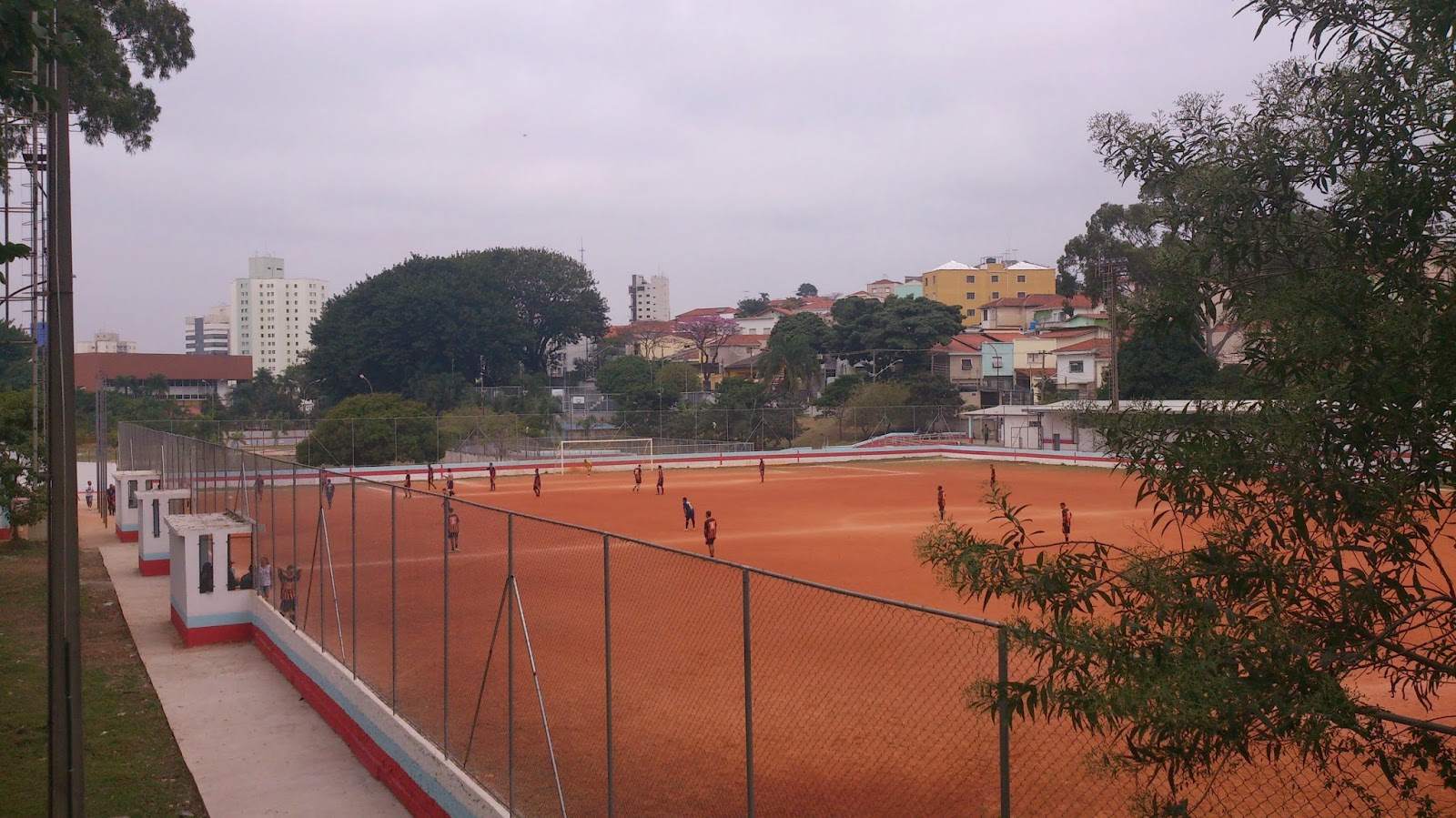 Just before half-time, the two strikers from the blue team combined beautifully to score. A ball over the top of the midfield was chested over an onrushing defender by the number 9, into the path of his more nimble partner, number 10. The receiver raced past the last defender and curled a perfectly weighted shot past the goalkeeper and into the top corner of the threadbare net.

The whistle went and we left to continue our journey around the park. More shouts and cheers led us to investigate behind a clutch of trees, where we found a group of 25 or so children playing futsal in a cage; their ages ranging from six to 16. To begin with it looked as if the younger children were not allowed to play; they sat quietly by the side of the pitch, eyes feverishly following the ball over the concrete, feet mimicking the movements of the older ones.

But two goals from one team later and they were the next team to enter the fray and grace the cage. Skilful despite their younger years, what they lacked in strength they made up for with boundless energy. Having made the score 1-1 against the run of play to great celebrations, they were sent back to the sidelines after the star player from the older team darted through them from the back, his feet outfoxing their developing motor skills, before finishing into the bottom corner. They were gone, but not without showing promise: high-fives and claps on the shoulder were their reward for doing well. 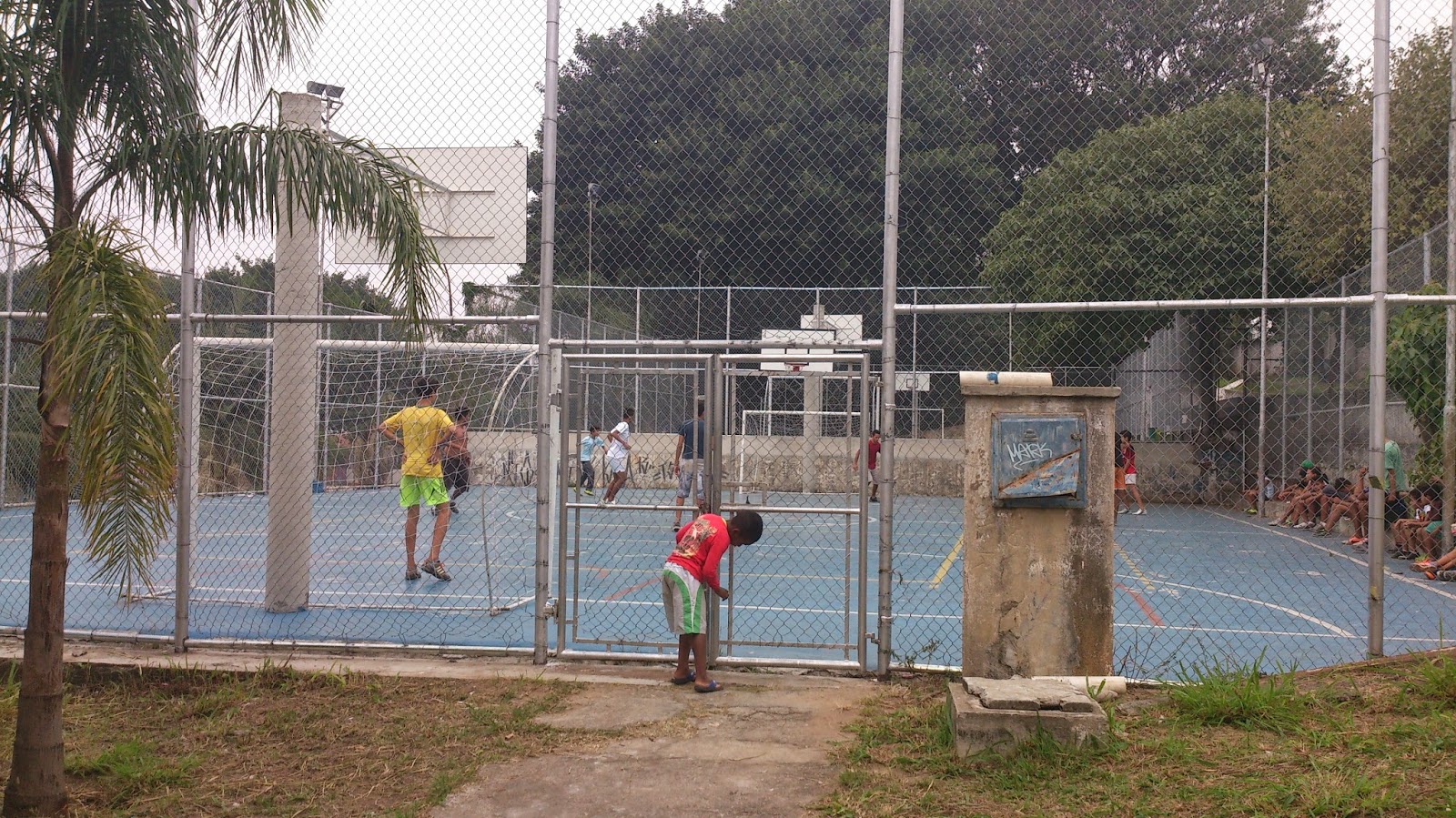 The standard of skill from all in the cage was mesmerising: even the two heftier boys and the only girl on show were dazzling. Rabonas, pannas, elasticos rolling as effortlessly from their feet as they do from the tongue.

We left, smiling and uplifted. It was clear we had seen a glimpse of the beating heart of Brazilian football. While much of the country had shut down for the day, the football carried on, far away from the multi-billion pound Fifa extravaganza in the centre of the city. 11-a-side games, fame and stardom may be the aim for these Neymars-in-potentia, but for that Sunday, there was only the cage, and the glory that lay within it.
Posted by Unknown at 22:14